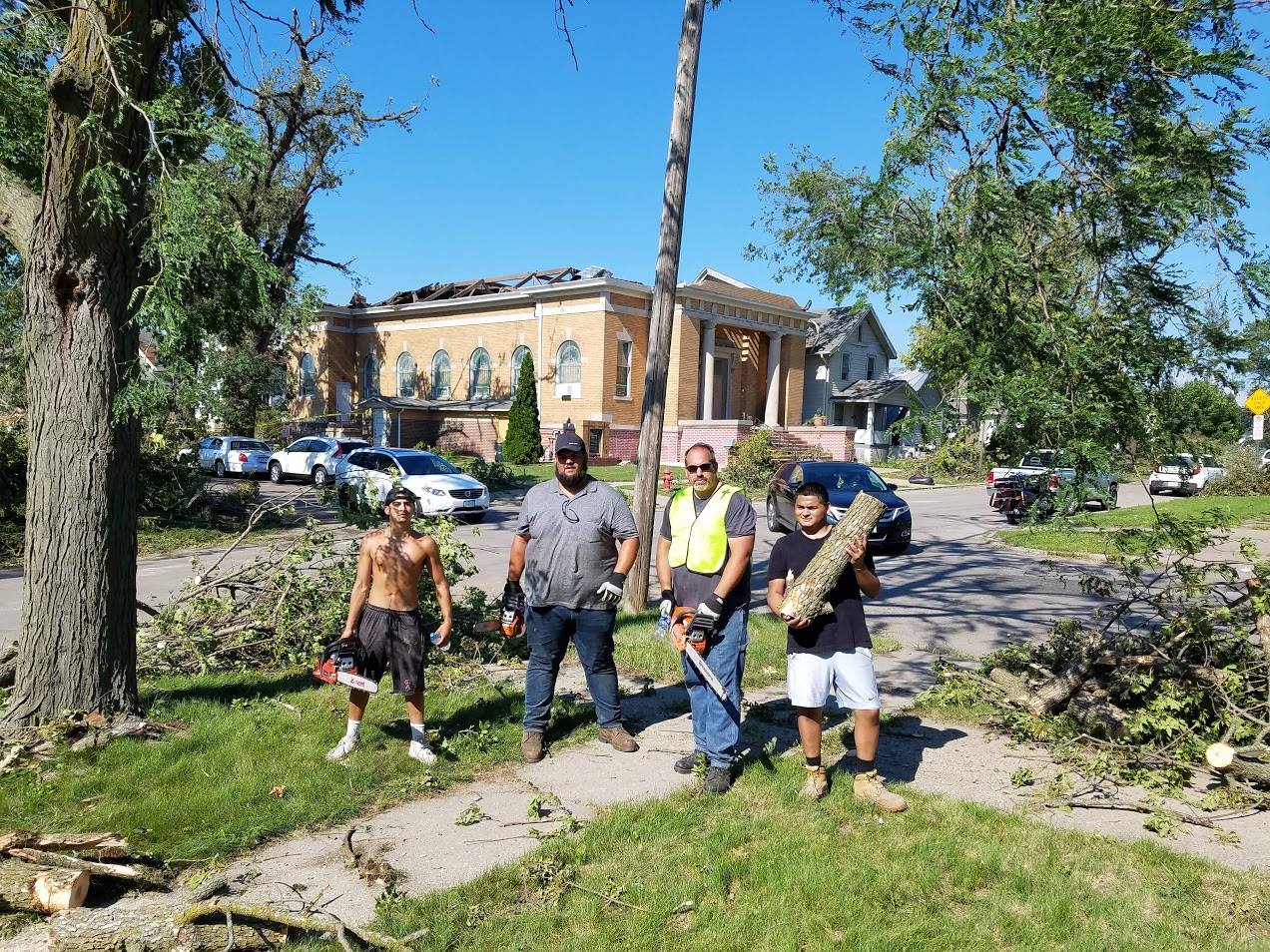 The tornado formed on the corner of town before turning and passing directly through the business district of Marshalltown, causing damage to dozens of buildings including the county courthouse. The tornado continued east through residential neighborhoods for over 10 blocks causing severe damage and toppling hundreds of trees.

The tornado injured 22 people, but, amazingly, caused no fatalities.

Two Dorr brothers, extended family members, and even some of our children arrived in Marshalltown after the storm hit and assisted homeowners at sawing and removing trees.

While this was a regional storm that did not involve our entire team, we were still able to assist close to a dozen homeowners, spending roughly 100 man hours in town.

The pictures below are from this trip.

If you want to join us on a future trip -- or make a donation to fund future trips -- please use the links at the top of our website.