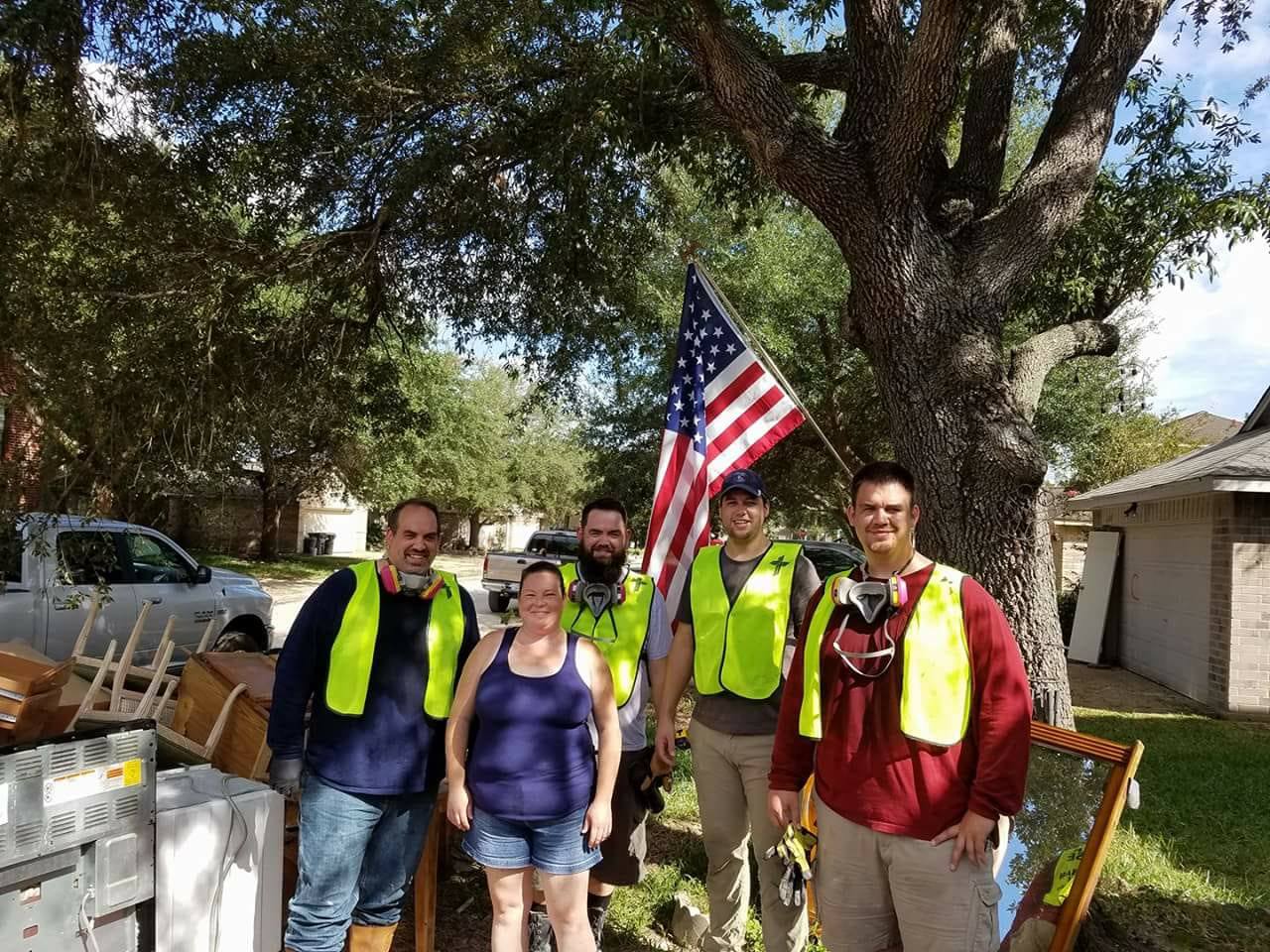 Hurricane Harvey was an extremely destructive Atlantic hurricane which became the first major hurricane to make landfall in the United States since Wilma in 2005. In a four-day period, many areas received more than 40 inches of rain, as the system meandered over eastern Texas and adjacent waters, causing catastrophic flooding. With peak accumulations of 64.58 inches, Harvey is the wettest tropical cyclone on record in the United States. The storm killed 88 people and the resulting floods inundated hundreds of thousands of homes, displaced more than 30,000 people, and prompted more than 17,000 rescues.

Our response to Hurricane Harvey was the first official deployment of Six Brothers Disaster Relief. Four brothers, joined by volunteers from our native state of Iowa, spent a week on the ground helping partially demo homes as the flood waters receded.

Doing this prevents the house from being overcome with mold and allows for much faster rebuilding, all of which saves homeowners tens of thousands of dollars.

We assisted close to a dozen homeowners and spent over 175 man hours on the ground during this relief trip.

The pictures below are from this trip.

If you want to join us on a future trip -- or make a donation to fund future trips -- please use the links at the top of our website.